(Natural News) Eating genetically modified food has been proven by science to create pesticides in the human gut, thus destroying powerful enzymes and flora that we need for immunity and overall health. Now, mRNA vaccines, like the Covid ones half of Americans are all jumping to inject, are programmed to manufacture certain “proteins” for your body to recognize and create antibodies. That’s only the beginning of the horrific, real-life health nightmares that await.

It’s synthetic DNA, and Nature has never seen it before. Mix that with genes that create pesticides inside your body – pesticides that destroy other animal’s insides and keep them from reproducing. Last time we checked, humans are also animals. Don’t ever forget the Seralini Study on GMO corn. The rats died of cancer and kidney failure within just weeks. Now, humans are quickly becoming disease-manufacturing machines, and there won’t be a doctor on Earth who knows how to reverse it. 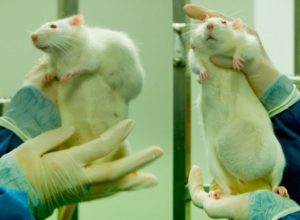 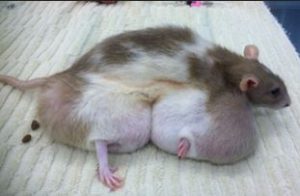 After your Covid vaccine, your cells will literally PRODUCE a fragment of the deadly virus

Make no mistake about it, after being vaccinated with a series of highly experimental ‘jabs’ for the China virus, your previously normal, healthy cells will now literally PRODUCE a fragment of the Covid virus (that Big Pharma calls a spike protein), and this new, genetically warped molecule will be recognized by your body as a pathogen – a dangerous threat to your life. The response can easily be exaggerated and exponentially worse than what you think, and that end result would put you six feet under, or drooling in a chair in a vegetative state, forever.

Mike Adams has described the dangers of this experimental, insane vaccine in the most concise, informative ways. We really must pay attention to all the warning signs that are right there blaring in our face. The Health Ranger writes:

“Research into mRNA vaccines is still in its infancy, even though various biotech pioneers have been working on ways to achieve mRNA vaccines for around two decades. It is very likely that yet more decades of research will be required to achieve acceptable levels of safety and efficacy.”

“There are very real risks associated with mRNA vaccines including “enhanced” inflammation and auto-immune reactions, where the body’s cells are inadvertently programmed to attack critical proteins required for normal health (such as hormones).”

“The profit-motivated rush to deploy mRNA vaccines to prevent the spread of the Wuhan coronavirus is causing regulators and researchers to skip (or accelerate) many critical steps in quality control and clinical trials. This is likely to result in catastrophic consequences — unintended side effects — if such vaccines are granted approval for widespread deployment without proper long-term clinical trials.”

Here’s cells basics 101. When cells divide, the DNA strands get replicated. This is where mRNA “messenger cells” come into play. The pharma goons are playing God with a synthetic, lab-made strand, just like this version/strand of the virus itself is lab-made. This was not a wild virus in Nature. It was planned and released. No conspiracy theory fits in the model. It’s real. It happened. It’s happening.

The Gates-Pfizer-Moderna rushed-to-market “healthcare” nightmare has Big Pharma hijacking the human immune system, and replicating it with a system that can be programmed to fail, attack itself, or simply shut down at any time. Can you say genocide without coughing into your mask?

Guess what’s next? Take a big guess why the Covid vaccine is a series of vaccines, and not just one jab, like the flu shot.

The membrane of healthy human cells will now be automatically penetrated by lab-programmed mRNA. These lab-originated pathogens trigger an unnatural immune response that has proven deadly for hundreds of Americans already. This is like when humans consume genetically modified corn, that contains the gene coding that creates pesticides that dissolve insects and farm pests’ insides.

If you criticize this “technology” online at all, you are branded “anti-science!” and banned from all social media platforms indefinitely. You are de-funded as a business, blacklisted and often sued by Big Food and Big Pharma lawyers with bottomless corporate-funded pockets. The vaccine will not help you get a lesser version of Covid, but you will get a lesser version of the human immune system when the vaccine series “switch” gets flipped.

To make it all worse, the mRNA molecule is coated with a “drug delivery vehicle” (a.k.a. nanoparticles) that aids the pathogen absorption into your cells. In other words, the bad guys are now DNA-programmed to defeat your immune system’s natural functioning. It’s the Trojan horse from hell, and it’s all sponsored, funded and brought to you by the one and only Bill “Hell’s” Gates. Nothing is known about the medium or long-term side effects of this technology, if you can call it that. We already know how evil Big Biotech is, and now they’re running the vaccine show.

Humans are becoming the very threat that they’re wearing masks and social distancing to protect against. Just how ironic is all of that? Tune your internet dial to Vaccines.news to find out more about today’s ‘weaponized’ medicine, because that’s what it really is folks. Learn how to survive this “shadow of death” that’s creeping over America. It’s population control and don’t be surprised if you see the rates for involuntary abortion, suicide and inexplicable death skyrocket after this series of Covid vaccines are complete.

Stay frosty my friends. Stay stocked up and tuned in with your organic food, clean water, clean guns and of course, truth news.

Previous :DON’T ASK, JUST EAT! Lab-made Franken-meat contains fake blood, fat and muscle… and what else?
Next : Nicotine drains willpower – so it’s time to kick those “nic fits” naturally and get in shape for Spring and Summer
Receive Our Free Email Newsletter