(Natural News) Jake Angeli – recently charged with “violent entry and disorderly conduct on Capitol grounds” by the Department of Justice – has previously participated in climate change protests despite the mainstream media depicting him as a fervent Trump supporter.

AZCentral described Angeli as one of “hundreds march[ing] in Arizona in solidarity with climate strikes around the world” in September of 2019. The article’s collection of pictures contains a total of three actions shots of Angeli protesting the issue captured by two separate photographers.

The images of Angeli passionate participation in the protest are accompanied by the following captions, which describe him “leading the crowd in a yell” and “demanding action on climate change”:

Jake Angeli, shamanic practitioner, leads the crowd in a yell before the march in solidarity with climate activism groups across the country to the Arizona State Capitol Building Friday, September 20, 2019

Jake Angeli marches from the Maricopa County Courthouse to the Arizona State Capitol on Friday, September 20, 2019, to demand action on climate change. 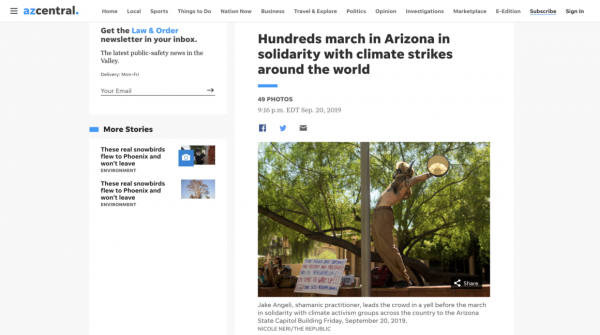 The image below shows Angeli standing beside a sign insisting “the ice caps are melting”: 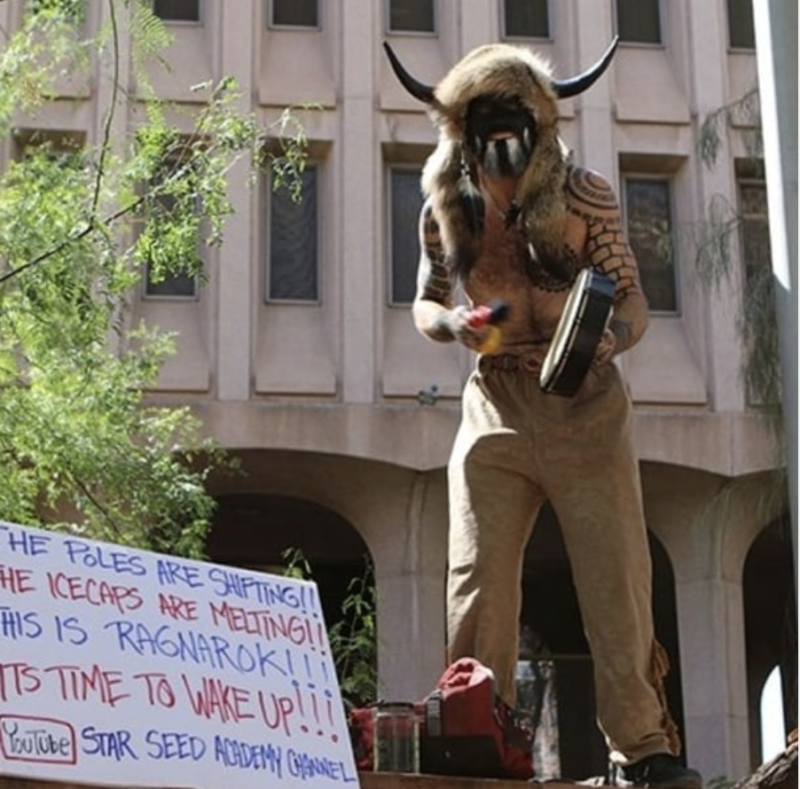 The demonstrations Angeli participated in were part of the Greta Thunberg-linked climate change campaign, where “millions of youths around the world” protested to encourage governments to “do more to combat climate change — and do it faster.”