(Natural News) One of the great tragedies in America today is that of the CARES Act, which included a $1,200 stimulus check and an additional $600 weekly payment for the unemployed, has given millions of Americans their first real taste of socialism, that is the sweet taste of the forbidden fruit of free of money.

The Trump administration has unleashed helicopter money directed at households that will have severe consequences. Not too long ago, we noted how government intervention, cushioning households from an economic depression, will prolong the recovery in the labor market as people get paid more to sit at home than work and be productive in society:

“So don’t expect the unemployment rate to bounce back very much once this pandemic begins to subside.  Congress has decided to make it very financially rewarding not to work, and millions upon millions of Americans are going to be more than happy to take advantage of that opportunity for as long as it lasts.”

As Arizona’s economy reopens, one restaurant owner has blamed the CARES Act for labor shortages, even though she says the national unemployment rate is very high.

“With an unemployment rate at almost 20%, you’d think we’d have a lot of applicants coming in, but we’re not,” said Times Square Italian Restaurant owner Paullette Cano, who recently spoke with AZFamily. 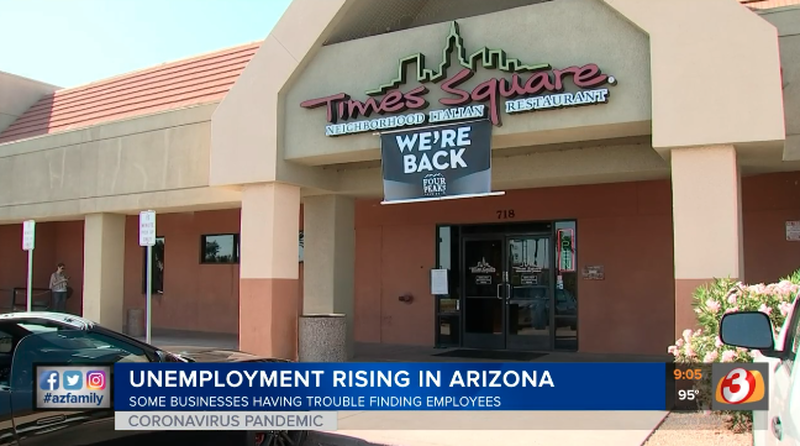 Cano said the CARES Act and unemployment checks have resulted in many of her furloughed employees staying home. They collectively told her their pay from the government is much better than working at her restaurant.

“They don’t want to come back to work,” said Cano. “It’s the unemployment. They’re receiving about $840 a week, which puts them about $22 an hour.”

At the moment, there are 30 job openings at the restaurant with dozens of furloughed employees sitting at home collecting welfare. She said rehiring is challenging because people are demanding +$20 per hour, or around the hourly rate, they’re receiving from unemployment and federal dollars.

“They’re asking for $20 an hour, which makes it difficult because we operate under slim margins,” said Cano. 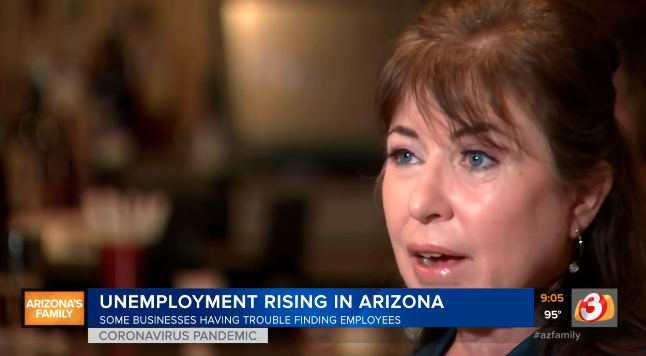 If Cano develops a labor shortage with an influx of demand at her restaurant due to reopening, she might have to resort to expensive labor that would result in fewer hirings.

It’s not just in Arizona, workers in many other states can make more money staying at home than being employed. 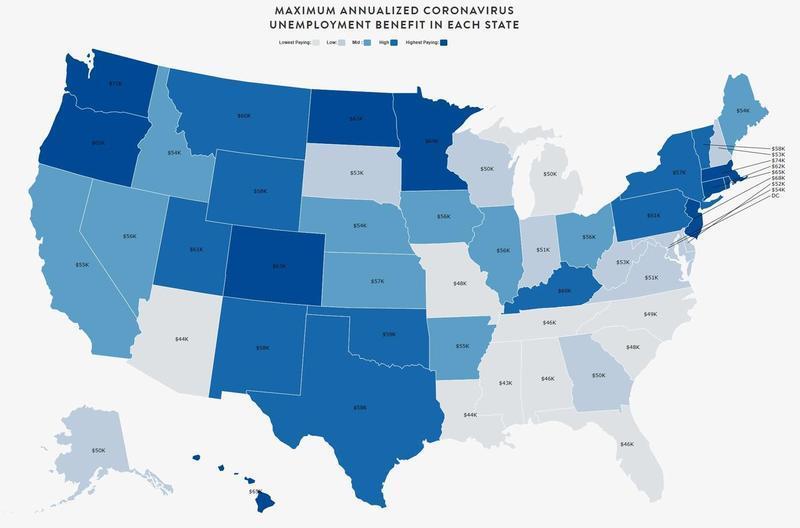 We recently penned “When Work Is Punished: Did The ‘Generous’ CARES Act Just Guarantee High Unemployment Is Here To Stay?“ — where it was noted the CARES Act has the potential to create an entirely new generation of welfare serfs, subsisting on significant welfare benefits with no incentive to ‘get back to work’, even after the lockdowns are lifted. This will lead to a labor market that won’t recover anytime soon, thwarting any hopes of a V-shaped recovery this year.

The virus, to its credit, has triggered a dangerous policy response by the government of helicopter money that will effectively delay the recovery. Recently, Powell on CBS’s 60 Minutes thinks a recovery could be seen in late 2021 — what’s to say the recovery might not be seen until 2022-2024?

Previous :WATCH: 9 local TV stations pushed the same Amazon-scripted segment
Next : Was the coronavirus created by a Chinese scientist who tried to cover her tracks – and failed?
Receive Our Free Email Newsletter