(Natural News) Burn the scarecrow. All the POTUS-wanna-be Democrats are out in full force condemning Virginia Governor Ralph Northam for being a racist KKK supporter who should immediately step down from his pedestal in the name of racial equality. Although Northam is on the team of current Democrat-Socialist-Communist politicians that want to take over the United States and dismantle the Constitution while wiping out the entire middle class, the front-runners must make an example of this “traitor” while they have the chance. It’s called burning the scarecrow, only this time, the scarecrow is one of their own (but it doesn’t matter to them).

Most of the heavy-hitters who came out to “burn” SCOTUS Bret Kavanaugh and ruin his career, family, and life, are seemingly immensely offended by Northam’s medical college yearbook picture, where he stands with a friend, both dressed up in the most offensive costumes imaginable. First, Northam admitted being in the photo (either in the BlackFace costume or in the KKK hood and robe) but then, after speaking with his advisers, recanted the whole thing, including his apology (and mass media immediately deleted all of his admissions), saying he wasn’t even in the photo. Sorry, it’s too late for you now racist Ralph. Hey, and let’s all NOT forget that it was Northam who won his Governorship by telling everyone it was his opponent Gillespie who was the racist, when it was really actually Coon-Man himself!

The proverbial “cross” has been burned in the political “church yard,” and Northam is getting crucified on it. He’s finished in politics. Washed up. Done. He’s a racist freak, and all his psychopath cohorts want his “head on a stick” for getting caught.

Elizabeth Warren, the “compromised” Kamala Harris, Cory Booker, Kirsten Gillibrand, Hillary Clinton, and even Planned Parenthood (who gave Northam millions for his campaign) are saying the racist images are “deeply disturbing,” all while they all LOVE the new law in New York allowing healthy new born babies to be exterminated as they’re exiting the womb.

Yet, still, these violent-loving “Demoncrats” claim hatred and discrimination “have no place in our country and must not be tolerated, especially from our leaders.” They certainly did NOT miss the assembly of freaks who celebrated the signing of the new infanticide law in New York. They all support the mass murder of children in the womb, but claim they’re against hatred and discrimination. WTF?

The ULTIMATE IRONY is now trending on Twitter: #HillaryBlackFace

Here comes the ultimate irony and the most blatant hypocrisy you may have ever seen in your life. Hillary Clinton dressed up with her scumbag husband and accused rapist, Bill “Slick Willy” for what looks like a costume party or Halloween affair, and Hillary wore the liberal-offending BlackFace that she’s now condemning soon-to-be-ex-Governor Ralph “BlackFace” Northam for wearing. Oops. Busted.

All these political hacks are “all in” for socialism, which means total tyranny and population reduction through the murder of babies; massive, intolerably high income tax; border elimination; total gun confiscation; and free, chronic-sick-care-medicine for all (which includes mass forced vaccinations).

Yes, the hypocrites want Northam to resign, but only to cover up their own criminal behavior and bigoted views. They all support racist organizations like Planned Parenthood, that was founded by racist Margaret Sanger, who wanted to exterminate “negroes” under the guise of religion.

No wonder “BlackFace” KKK supporter Northam is “all in” for the late-term abortion bill that (thank God) got struck down by Republicans in Virginia. Since the yearbook photo has gone viral on all news, including CNN, FOX, and all social media, Northam has doubled down on his stance, saying he will not resign and has changed since his years as an avid racist freak, who purposely put a KKK picture of himself and his friend on his yearbook page from medical college. Even Hillary “BlackFace” Clinton is on the record calling the Grand Dragon of the KKK the “Heart and Soul of America.” It’s all smoke and mirrors.

Make no mistake folks, it’s actually the Democratic Party that is involved in promoting White Supremacy, hating blacks, belittling Jews (think Ocasio-Cortez here), and despising religion. It’s the Democrats who cheered on when the Covington Catholic School teens were crucified by the fake news media and on social media, even though they were innocent of all “charges” at their peaceful rally in Washington D.C. The insane Left wanted the teens literally murdered for standing their ground and maintaining self-respect in the face of adversity.

Even the scumbags at WaPo (Washington Post) burned the scarecrow first chance they got, publishing his admission he wrote himself, saying he WAS in the photo.

“I am deeply sorry for the decision I made to appear as I did in this photo and for the hurt that decision caused then and now,” he said. “This behavior is not in keeping with who I am today and the values I have fought for throughout my career in the military, in medicine, and in public service. But I want to be clear, I understand how this decision shakes Virginians’ faith in that commitment.”

Now we’re seeing pictures come out of “Coon-man” Northam wearing the very pants he wore in the KKK/BlackFace photo from his yearbook. Looks like it’s him after all, even after he vehemently denies it. 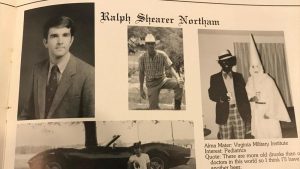 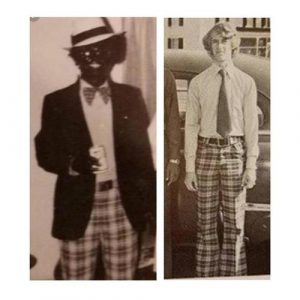 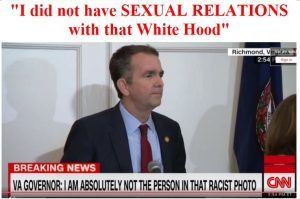 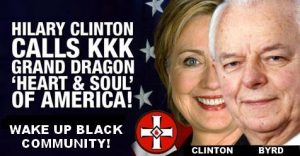 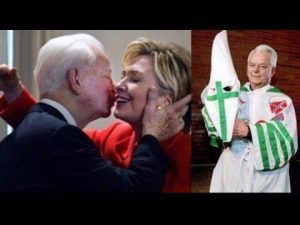 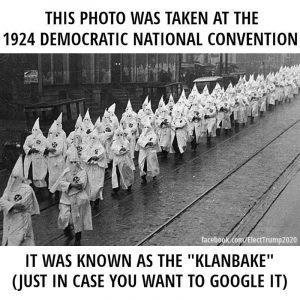 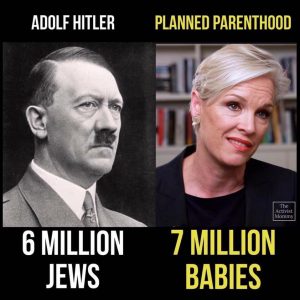 There is a connection folks. It’s all coming together now.

Previous :One of the most dangerous inventions in the HISTORY of public health – VACCINES
Next : Do baby-murdering abortionists in New York get to choose HOW to EXECUTE live-birth infants, whether by knife, lethal injection, electric chair, or hanging?
Receive Our Free Email Newsletter