(Natural News) Celebrated left-wing political candidate Beto O’Rourke has been caught on video wearing a “Devil goat” costume complete with what appear to be horns or ears as part of a bizarre mask and a freakish one-piece costume. He sported this outfit while performing on stage, raising questions about his ties to Satan worship.

The media is now desperately trying to spin the emerging video as a comedy band gimmick, claiming the mask is a “sheep” mask, not the symbol of Baphomet, which is tied to Satanism and the occult.

Here’s a video still from Beto’s on-stage performance, where he appears in a bizarre onesie suit, wearing this mask that resembles Devil-worship goat masks (see below for examples): 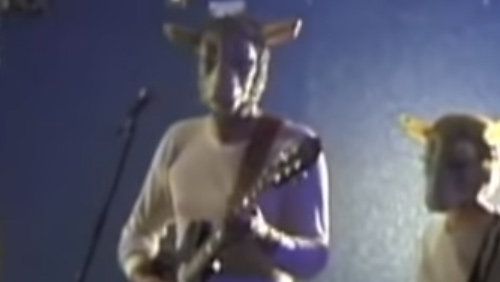 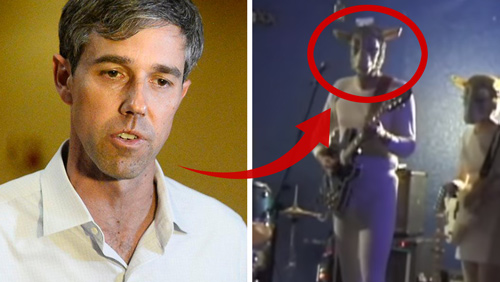 Although the entire establishment media is now desperately trying to paint Beto’s dark past as a harmless band gimmick, the mask he wears in the now-circulating videos appear to strongly resemble Devil-worship goat masks known as “Baphomet,” similar to the one below: 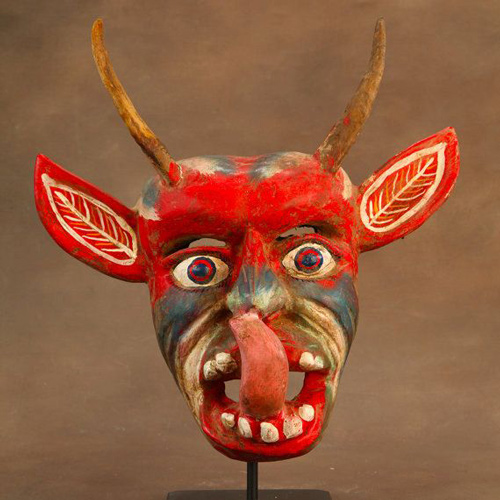 The Baphomet symbol or face mask, “is associated with anything relating to occultism, ritual magic, witchcraft, Satanism and esoterica. Baphomet often pops up in popular culture to identify anything occult,” explains VigilantCitizen.com. 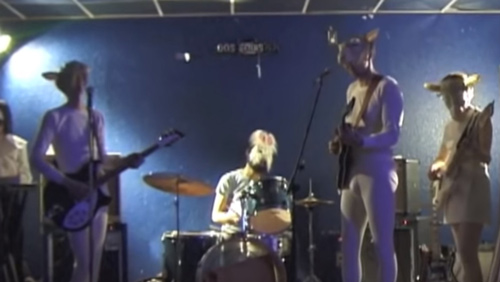 Notice, too, that Baphomet and Devil worship share a lot in common with the left-wing transgender movement. As Vigilent Citizen explains:

Baphomet himself is an androgynous character as it is bearing the characteristics of both sexes: female breasts and a rod representing the erect phallus. The concept of androgeneity is of a great importance in occult philosophy as it is representing the highest level of initiation in the quest of becoming “one with God”.

Here’s a more detailed depiction of Baphomet, which represents much of the bizarre, Satanic thinking of the lunatic Left in America today: 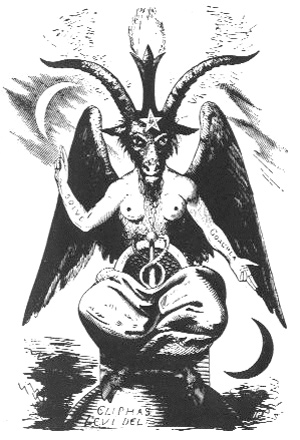 These same symbols routinely appear in on-stage performances of Satan worshipers who frequently rise to the top of the charts of the music industry. Numerous Superbowl half-time performances have featured strong Satanic imagery, including performances from Madonna and Lady Gaga: 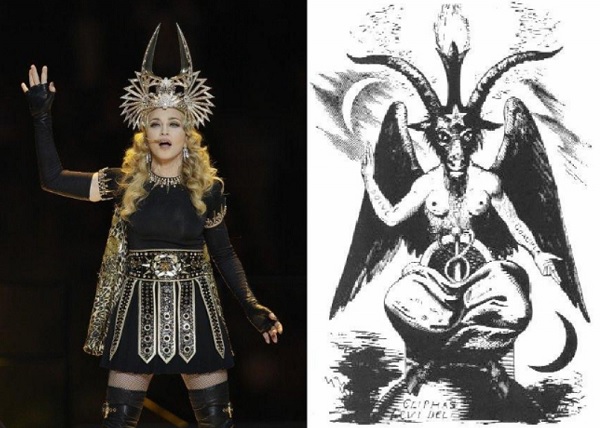 Here’s an image of Lady Gaga, performing at the Superbowl, dressed as a female succubus, a minion of the demonic underworld: 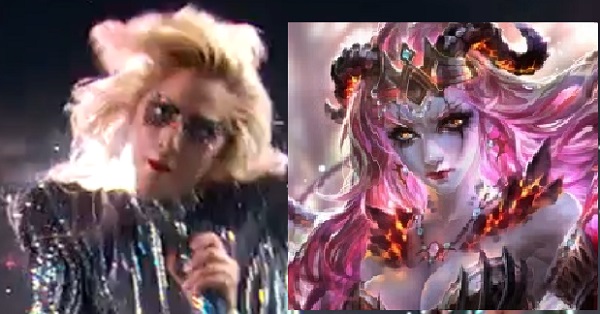 Another superbowl performance featured KKK hoods, since the KKK has always been a creation of the Democrats, used to create chaos among the masses while asserting control by the power elite: 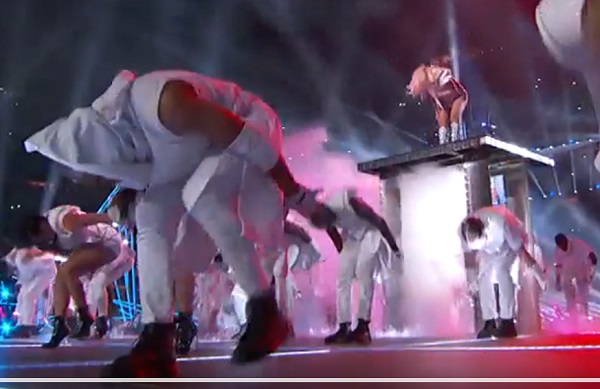 Left-wing media trying to play it off as a prank in order to hide the deeper, darker truth about Democrats and Devil worship

The left-wing media, which already has zero remaining credibility after publishing a series of utterly fabricated fake news stories about President Trump, the Covington Catholic School children and countless other topics, is now desperately trying to paint Beto’s Baphomet mask display as a kind of satirical prank. Their cover story? The band members were impersonating a famous New Zealand band but had to keep their identities secret by wearing masks.

As reported by Trump Army:

“Our persona was that we were a very famous band from New Zealand and we didn’t want people to know our true identities — that’s why we wore masks,” said Ailbhe Cormack, a fellow band member.

Seriously, this is what the left-wing media is now pushing, since they can’t have people following the real story of a Democrat candidate for the U.S. Senate caught on tape wearing a Devil worship goat mask and looking like someone who worships Satan.

In truth, Satanic forces have already made enormous inroads into western culture. Nearly all of Hollywood, for example, is now run by child-raping pedophiles or devil-worshiping Satanists. The pop culture music industry is no different, and top music acts are required to pay homage to Satan or have their musical careers destroyed.

Watch this video lecture, “Hollywood is Saturated in Satanism” to learn more:

Also, watch my recent Counterthink episode, “How to spot a Demon” to learn what nobody in the media is reporting about the demonic possession of human bodies that has now become commonplace across our political landscape:

Previous :Climate change HOAX has literally convinced a member of Congress that “the world is going to end in 12 years”
Next : What a FARCE! Roger Stone arrested, charged with “process crimes” – NO collusion – while CNN tipped off to capture the theatrics on video
Receive Our Free Email Newsletter