(Natural News) Peaceful pro-liberty groups gathered in Portland, Oregon today is such huge numbers that violent anti-American “Antifa” protestors were vastly out-numbered. So far, Portland police have kept the two groups apart, unlike in previous protests when Portland police funneled the groups into physical conflict so that the lying left-wing media could falsely claim patriot groups were “linked to violence.”

Without exception, every establishment media news report on this event — including Yahoo News, WashPost, CNN, etc. — is deliberately false, failing to point out that Antifa terrorists violently attacked a peaceful prayer group in a previous march in Portland. The prayer group had a permit from the city of Portland and proceeded in a peaceful manner, only to be viciously and violently attacked by radical Antifa terrorists who initiated the fights.

Antifa terrorists are well known to throw bloody tampons and frozen urine bombs, all while claiming they are “stopping fascists.”

Shockingly, the Portland police have so far not funneled the two groups into a violent conflict. Alex Jones, commenting during an InfoWars live stream, explained that this is likely because of the huge numbers of patriot supporters who came out to show their support for America, President Trump and the right to free speech.

“The police out here are doing a phenomenal job today,” one pro-liberty protester told InfoWars. Meanwhile, Antifa agitators gathered in groups, holding incredibly racist, offensive signs and spilling into the streets while the Portland Police Bureau warned them to remain on the sidewalks.

Here are some photos from the live stream: 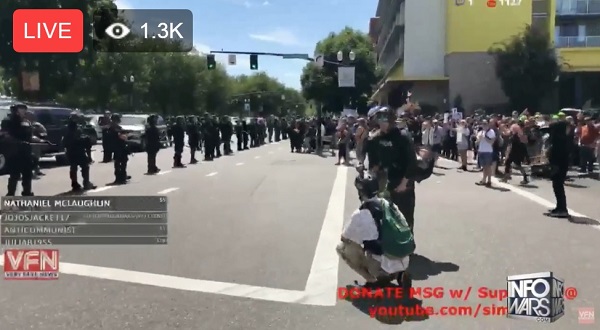 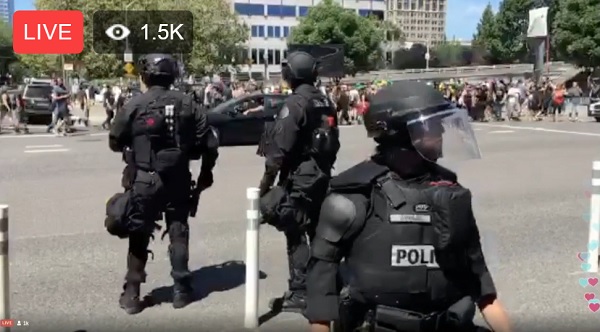 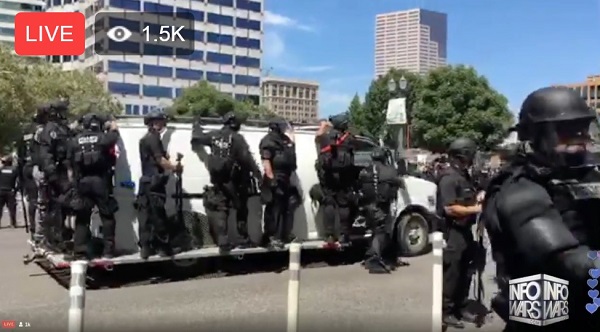 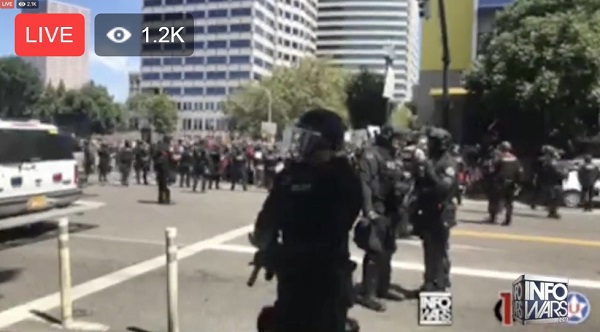 Watch for more protest videos to come out this weekend at Brighteon.com.

Previous :REAL Self-Defense, episodes 3, 4, 5 now posted: Navy SEAL and U.S. Marine teach you to protect yourself with a handgun
Next : Trump supporter beat over the head in “blood gushing” violence during Portland protests
Receive Our Free Email Newsletter