(Natural News) The Democratic Party is in the process of a major make-over, but it’s transforming into something even many long-time members don’t recognize and don’t like.

It’s being infested by hard-Left Marxist/communists who, under the guise of “democracy,” are preaching and practicing intolerance, division, rancor, and violence as legitimate forms of political disagreement.

As such, more and more lifelong Democrats are rejecting the Party of Hate and joining the #WalkAway movement launched in late May by a gay New York City hairdresser named Brandon Straka.

He’s not alone, not by a long shot. Others have picked up on the #WalkAway message and are joining him. One of them is Al Conti, an internationally renowned Grammy-nominated Argentinian-born composer. 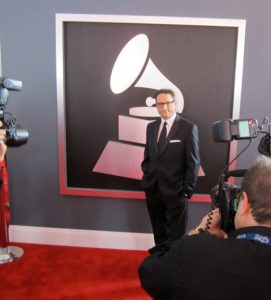 “OK, this is a huge moment of truth for me,” he posted recently on the #WalkAway Campaign Facebook page. His Democratic Party departure – his “coming out” – followed his withdrawal from the Recording Academy after this year’s Grammy show became a “Trump-bashing platform,” The Epoch Times reported.

“For the last 15 years, I have pretty much lived in, worked in, ate and breathed the music industry,” he wrote. “I am a New Age composer so, as it happens with music genres, when you are successful you become very popular within that niche but can quickly lose your audience should you say the wrong thing.”

Conti, who describes himself as an introvert, came out as gay in 2011 when he was nominated for a Grammy for his album “Northern Seas.” But his #WalkAway coming out, he believed, was far riskier for him yet far more important to him as it pertains to his childhood.

He grew up in Argentina during the “Dirty War” of the 1970s-early 1980s, waged by the Argentine government against suspected dissidents and political opponents.

He sees the Democratic Party transforming itself into the same kind of authoritarian regime he grew up in. He sees a similar mindset between former President Obama and the Argentine dictator Perón. After that clicked in his mind, he left the party of hate.

His breaking point came when an artist friend tweeted images of children at the U.S.–Mexico border who were supposedly being kept in cages due to Trump’s brutality. The images were taken during the Obama administration, as is now known, and this was for many people the red-pill moment that gave them a true picture of the Trump-hostile media.

He said that was a bridge too far for him. “Okay, now I’ve had it,” he said, noting a common theme among #WalkAway converts: It’s the disgustingly dishonest establishment media driving former Democrats away. (Related: #WalkAway movement going viral across social media as scores of former Democrats shun the party of hate.)

Conti noted that, had there been a WalkAway movement in his native Argentina in the 1970s, his parents would have been among the first to join it.

“They are Trump supporters. My father called me after I posted on the WalkAway, and he said he was very proud of me,” Conti said, according to The Epoch Times.

Conti also complained about the public persona he was forced to adopt as a victim of his own fame. He said he couldn’t say what he wanted in interviews and that he existed in a “bubble.” He felt repressed and “like I was a piece of meat” rather than himself.

In other words, he was saying things that were ‘permitted’ in his industry, which is densely populated by perpetually angry and hypocritical Left-wing Democrats.

After ‘coming out,’ he said he not only received an outpouring of support from Americans and people all over the world, his album sales soared.

“All this hyphenation of Americans, this is what the Democrats are all about,” he told The Epoch Times. “How are you hyphenated? How to keep us separated.”

Read more about the hard-Left shift of the Democrats at LiberalMob.com.