Oregon candidate berated for being a white cis-gender male

(Natural News) In Portland (of course), newly announced city council candidate Spencer Raymond has faced a wave of backlash throughout the community for daring to run for a seat that already features three “women of color” candidates, as long-time city councilman/person/they Dan Saltzman announced he will not run for another term.

Spencer had been a newscaster for Oregon Public Broadcasting and host of a program called Think Out Loud, which of course towed the line for all the standard wacked out liberal spewage. He quit his job in October and announced his run for city council shortly thereafter. Except the usual Black Lives Matter and Antifa crowd took to his facebook campaign page and unleashed a barrage of mostly racist comments toward him.

Those taking part in the chiding include sitting state representative Diego Hernandez; activist and former candidate for Mayor and state treasurer Cameron Whitten; leader of Portland’s Resistance, Greg McKelvey, who is often seen sporting a hat with the communist star, complete hammer and sickle; and Margot Black, head of Portland Tenants United. You can even see a vague threat from someone named Mimi German.

The other candidates for the job include local NAACP official and former state legislator Jo Ann Hardesty, who was instrumental in organizing the Trayvon Martin and Michael Brown/Ferguson protests in Portland a few years back, as well as not being able to properly pronounce the word “business”; Current Multnomah County commssioner Loretta Smith, who might just be violating the county charter to run for a city based seat; and Andrea Valderrama, an advisor to the mayor who had previously contemplated running for state Senate against, you guessed it, another F***ING WHITE MALE.

In fact, the pushback against Generic White Male Spencer Raymond has gotten to the point where racist activists are even putting up mock websites to spoof his official campaign website. 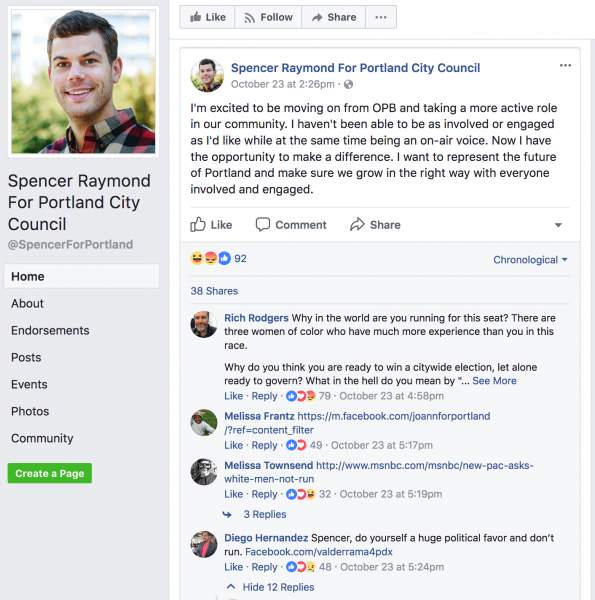 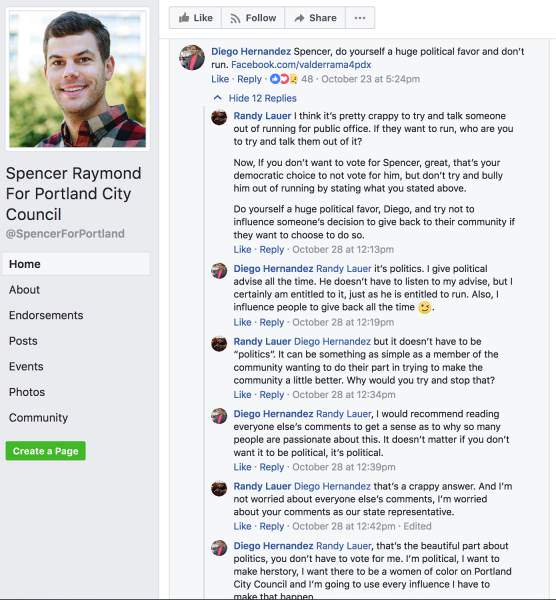 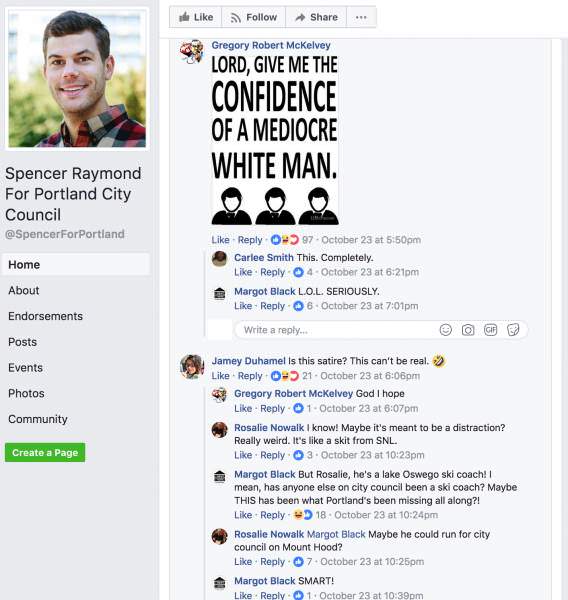 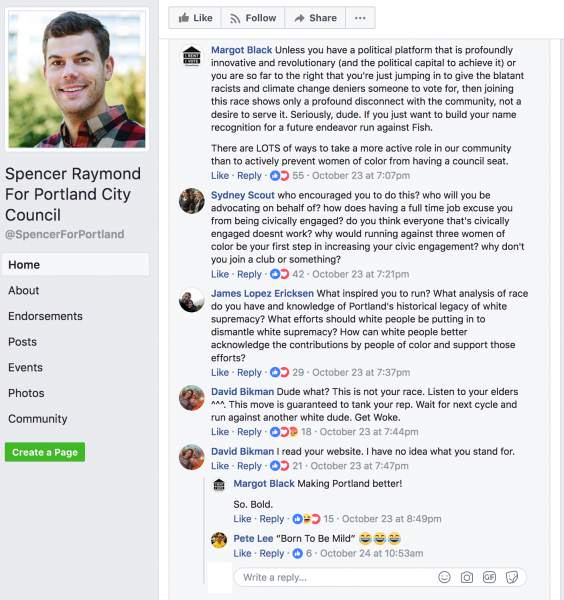 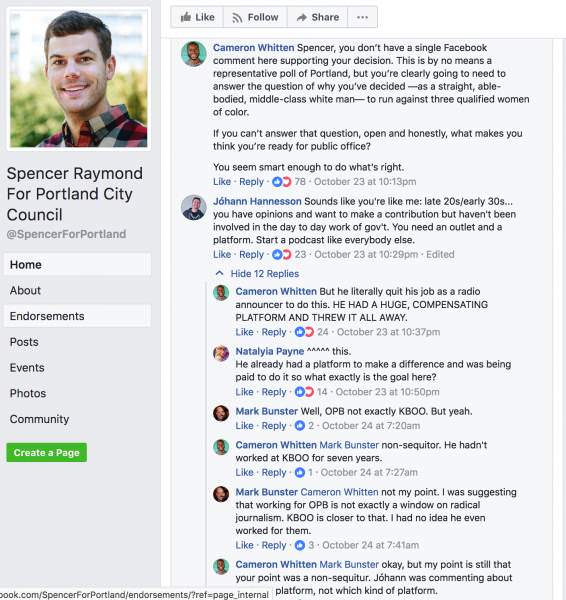 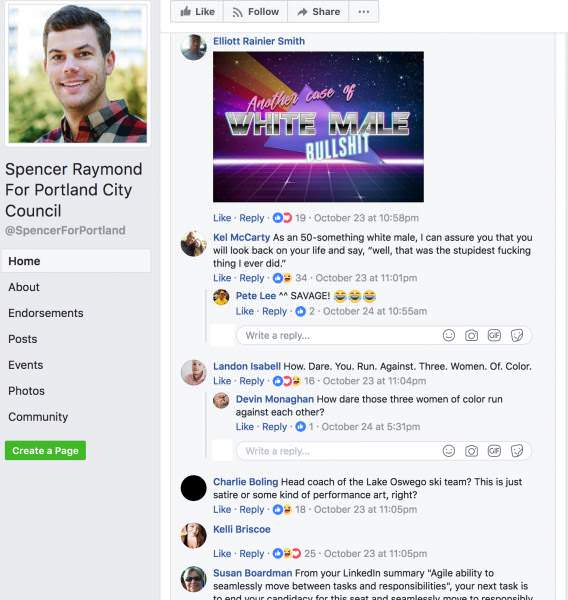 Oregon candidate berated for being a white cis-gender male