(Natural News) As expected, fanatical climate change cultists are totally melting down in another irrational, emotionally charged frenzy over President Trump‘s correct decision to pull the United States out of the Paris climate accord scam, a genocidal attack on Mother Nature and all plant life across our planet.

The Paris climate accord is nothing but a big government scam concocted via a combination of junk science and outlandish greed on the part of globalists (such as Al Gore) who profit from climate change hysteria.

Grabien News has collected and posted the 11 most insane reactions by fanatical climate change lunatics, and it’s a list that will have you rolling on the floor with laughter. Remember, these are all the very same people who weren’t bothered in the least when Obama laundered $1+ billion in cash and delivered it on a cargo plane to the Iranian regime that will use the money to build nuclear weapons. These are all the same media sources that said nothing when Obama’s DOJ mafia boss Eric Holder ran an international gun running operation (Operation Fast and Furious) in order to unleash mass gun violence so that Obama could call for eliminating the Second Amendment.

These are all the same sources that say nothing about toxic glyphosate herbicide, brain damaging mercury in vaccines or toxic fluoride in the public water supply. But when Trump calls “bulls##t” on the Paris climate accord, they all melt down into a quivering blob of outrage and fear.

11. Democratic super-donor Tom Steyer — who as an investor in many green-tech companies is anything but a disinterested party — thundered that Trump is “committing a traitorous act of war against the American people.”

10. John Kerry, one of the deal’s leading negotiators, said Trump is not helping the “forgotten Americans” he pledged to elevate, but instead will give their kids asthma (perhaps as soon as this summer!).

9. The ACLU, an organization ostensibly centered around civil rights, offered the bizarre claim that leaving the Paris agreement is “a massive step back for racial justice and an assault on communities of color across the U.S.”

8. CNN’s Fareed Zakaria upped the crazy a notch higher, telling Jake Tapper “this will be the day that the United States resigned as the leader of the free world.”

7. Elon Musk, who runs three companies that all depend to some degree on the idea that carbon dioxide will destroy planet Earth, said he takes America’s removal from this largely symbolic agreement so seriously that he’s going to make up the difference and stop crisscrossing the world in a private jet. Just kidding, he said he’s resigning his symbolic post on a symbolic presidential council.

6. Barack Obama, breaking again with the tradition of erstwhile presidents refraining from attacking their successors, channeled his inner Miss Cleo, arguing he knows what the future holds, and Trump’s decision means America now “joins a handful of nations that reject the future.” (Obama’s prophesy, for those wondering, foretells a “low-carbon” world that showers wealth upon fellow believers.)

4. John Kerry — yes, he appears twice in this list — also released a lengthy statement on Facebook, in which he made the utterly-lacking-in-perspective take that Trump’s decision “will rightly be remembered as one of the most shameful any president has made.” Really? Worse than FDR locking up innocent Japanese Americans? Worse than President Adams outlawing criticism of his administration, and jailing critics? Worse than JFK’s Bay of Pigs fiasco? Think before you Facebook, Mr. Kerry!

3. Serial fabricator/MSNBC anchor Brian Williams intoned that “on a sunny day in the Rose Garden,” President Trump delivered a “dark speech,” and then approvingly quoted an Obama official who likened Trump to Hugo Chavez.

2. Apparently of the opinion that Kathy Griffin pretending to behead Trump wasn’t quite distasteful enough, an editorial cartoonist for the Australian Financial Review, David Rowe, likened Trump leaving the Paris agreement to … beheading the entire planet.

1. And New York’s Daily News takes the cake. Trying to recapture the glory of its notorious “Ford to City: Drop Dead” headline from the 70s, tomorrow’s front-page will appear thusly: “TRUMP TO WORLD: DROP DEAD”

It’s become impossible to distinguish actual left-wing responses from parodies in The Onion. 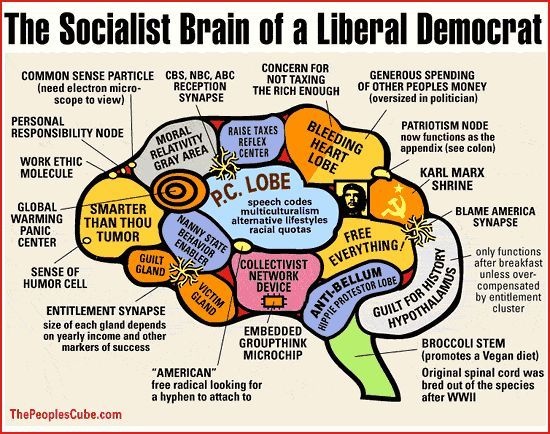 Previous :The Paris Climate Accord is GENOCIDE against plants, forests and all life on our planet
Next : The REAL SCIENCE behind carbon dioxide: Plants use CO2 to create CBD, THC, curcumin and all medicinal molecules
Receive Our Free Email Newsletter